10 reasons against buying Trasdata and New Genius from Dimsport | Чипмастер

10 reasons against buying Trasdata and New Genius from Dimsport

About 1.5 years ago I bought some New Genius and Trasdata chip tuning equipment at Dimsport. I have been using it for the past 18 months and now I, as well as many other customers who bought these products, that this equipment is seriously overpriced (more than 40% of its advertised functions are inoperable) while the company itself is no more than a well-organized gang of fraudsters.
1. They allure you with wonderful prospects while you are still at the negotiation stage but as soon as you’ve made the purchase all their promises fade faster than the speed of light.
The first bad news you will face is being ripped off for software update regardless of when you bought the equipment. Each new plugin that had not been available when you purchased your New Genius and Trasdata tools is going to cost you 500 Euros. And this comes in addition to the yearly subscription charge of 2000 Euros. This is nothing like good business practice. Any company which runs their business properly and treats its customers with respect will provide free software updates during the first year after you purchase their equipment. Nowadays even the Chinese sellers provide updates for their equipment free of charge!
2. Their equipment does not read much of the ECU content as it is supposed to or reads the IDs only. Some ECUs have been reported to become inoperable after re- programming. Dimport does not provide any help in repairing them as they consider it to be an entirely your problem.
3. New Genius – is a special piece of equipment. It is advertised as a standalone device for reading and programming the firmware yet it is useless on its own because you have to spend another 2000 Euros for a DS manager in order to transfer files or another 300 Euros for Race-2000 software required for transferring and modifying different versions of firmware. New Genius can only read the firmware in segments. WinOLS software does not recognize such segments and cannot calculate their total check sum. Therefore all such data retrieved from the ECU can go to waste because you will not be able to do anything with the resulting file. Below are the examples. One and the same file retrieved from Citroen C5 ECU by the Byteshooter programming unit and by New Genius shows different volume figures – 512 kB and 448kB, respectively. You can download both of these files, from here, upload them to WinOLS and see for yourself. 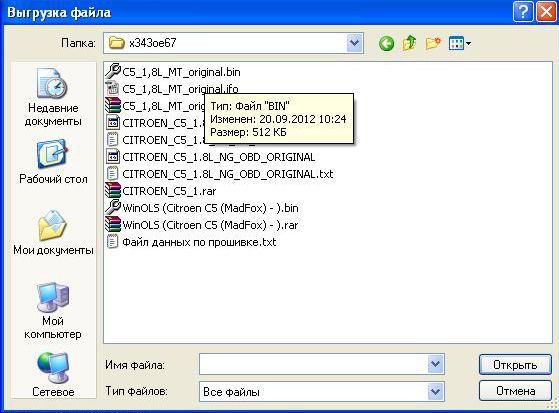 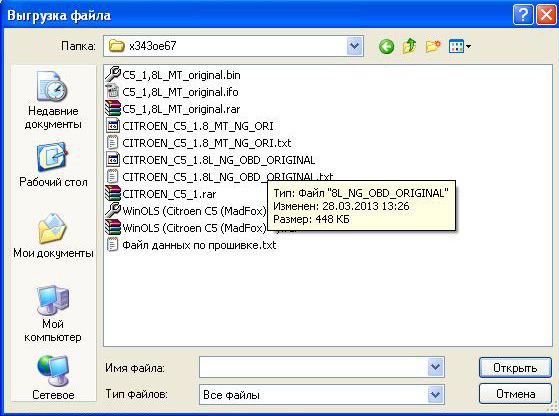 Trasdata – performs ECU identification and file programming with errors which renders the engine unstartable. This is especially true for Japanese cars equipped with Renesas microcontrollers. Sometimes it is unable to read the firmware of specified ECU types at all. When this occurs the program suggests reading the file, then saving and forwarding it to Dimsport technical support department. But this does not make any sense! The program cannot read the firmware, yet it suggests doing the reading and sending the file to technical support? How much more absurd can it get?
Here is one of the examples: Nissan Pathfinder’s ECU Denso Trasdata identified as Delphi 3.7 of Kia-Hyundai. It could not read the firmware but suggested to send it to the technical support department.
The original versions of Piasini provide correct identification of the ECU type, CPU and easy reading of the installed firmware. 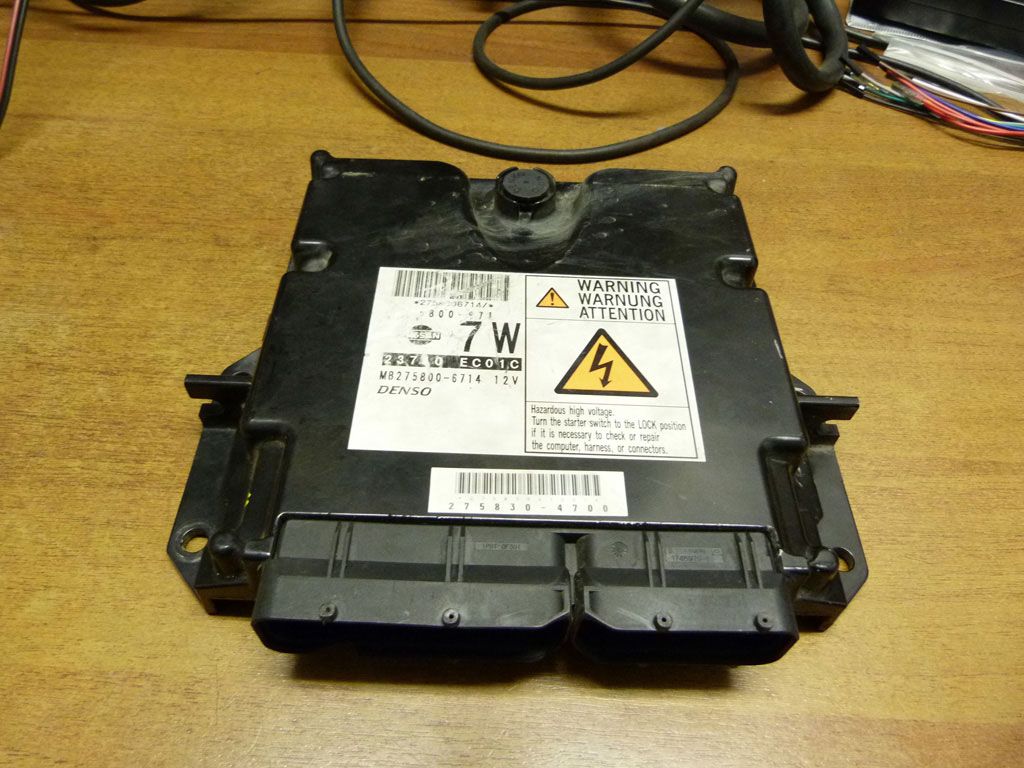 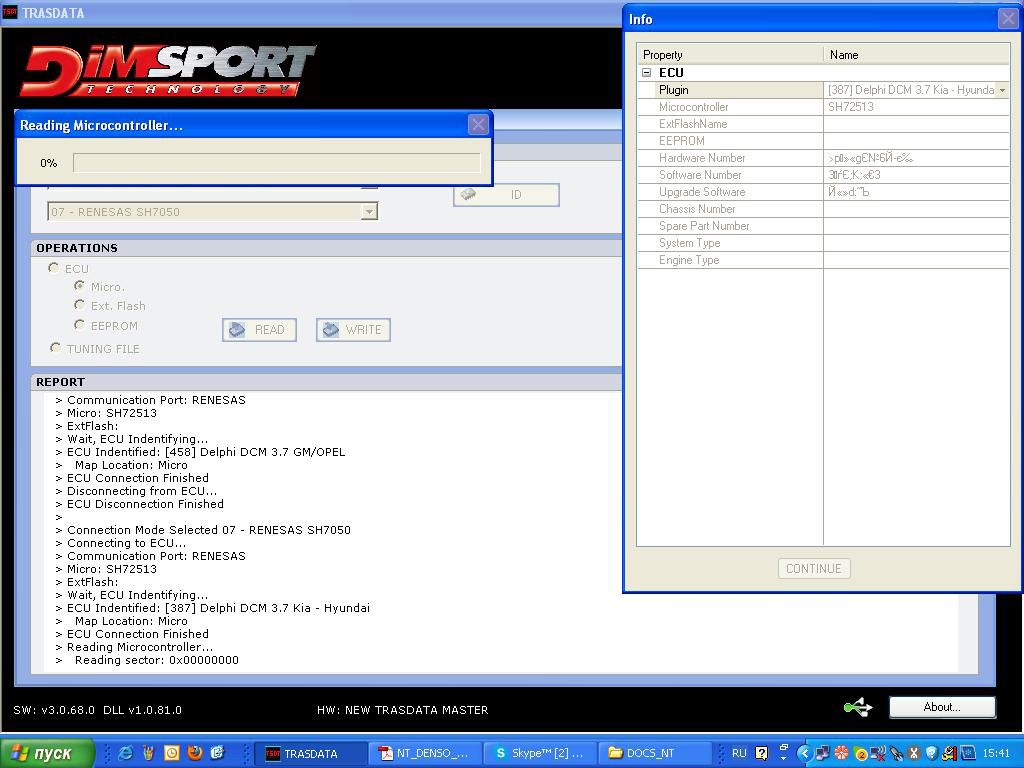 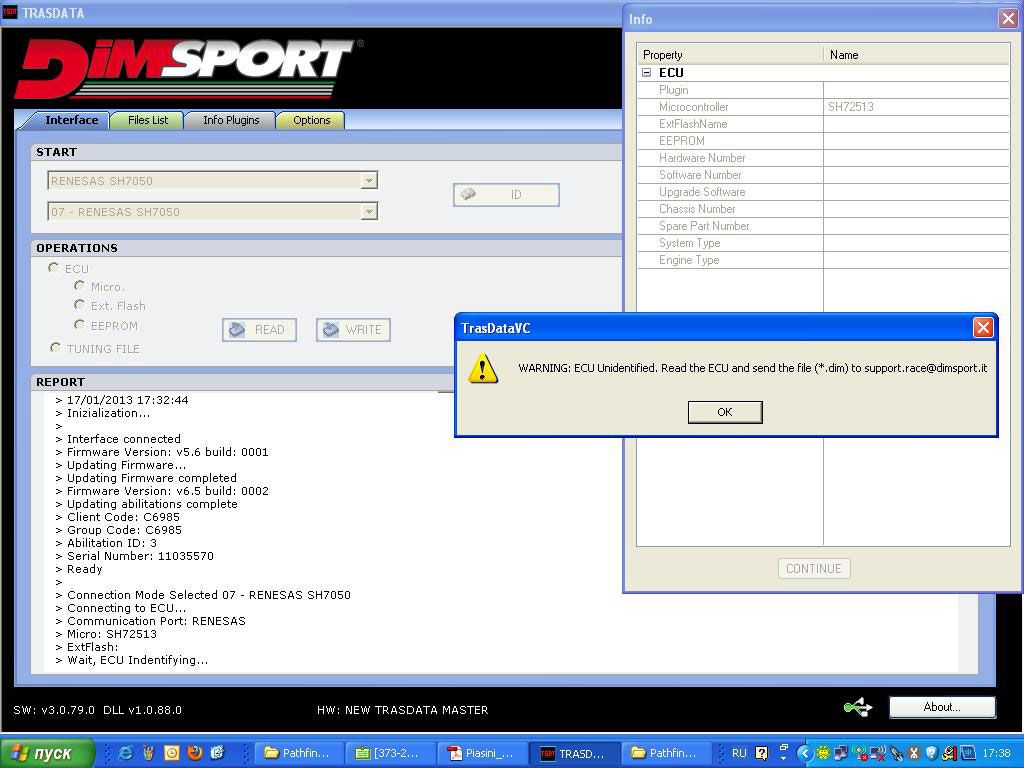 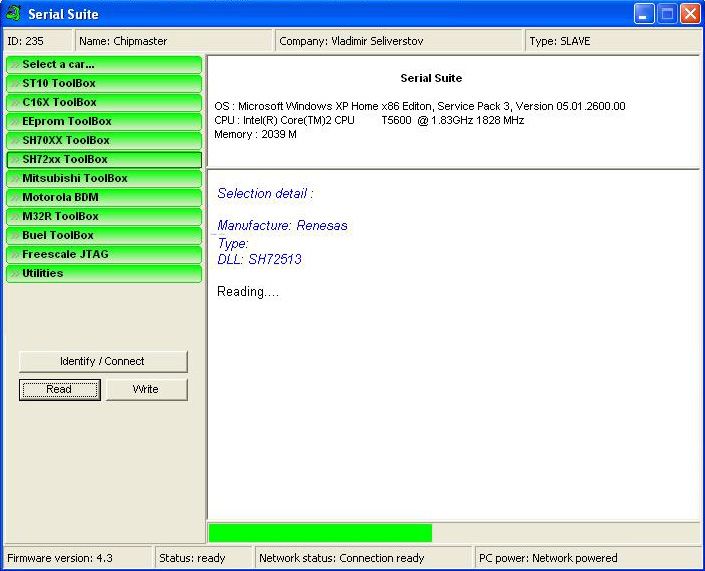 4. Their technical documentation is full of mistakes. Surprisingly, Dimport does not show any willingness to correct them even after such mistakes have been repeatedly pointed out. For instance, see below the incorrect illustration from Dimsport instruction manual showing how to read/modify Kia Magentis firmware with ECU Kefico (left) whereas the picture on the right shows the correct connection to enable the reading of ECU Kefico firmware.
The Nissan brand is spelled with three «s», i.e. Nisssan. 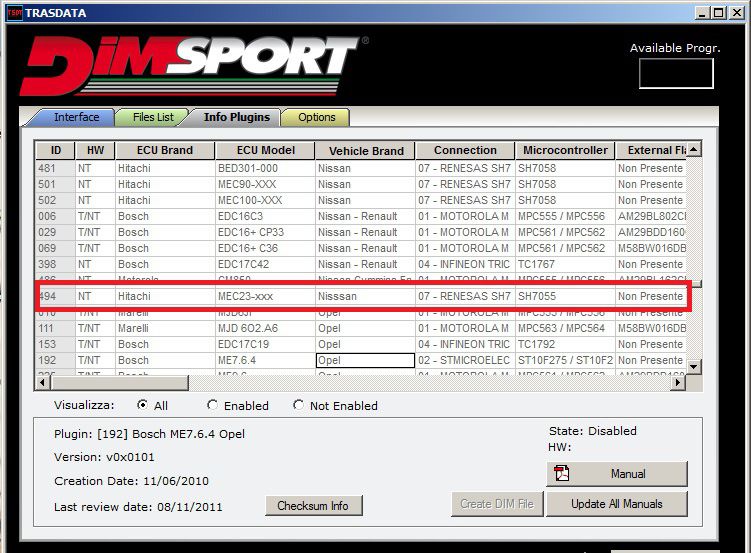 5. Dimsport does not have an in-house software engineer. They respond quickly at first if contact them with your problems but once they reach a deadlock which in practice they never fail to do they lose all further interest and eventually stop reacting altogether or simply ignore your emails. And you are left at a loss what to do with a car that doesn’t run. All you can count on is yourself and a little help from your friends.
6. Widespread negative feedback not just across Russia but from Germany as well, namely the Diga-tec company. I have known the director of this company in person since February 2008. The last time we met in Germany was on March 12, 2013 and we talked at length about Dimsport and their products.
7. They act as if they could not care less. No reaction to my concerns, absolutely immune to criticism. I spent two month corresponding with their customer support. I even sent a collective letter urging them to take immediate measures to correct the situation and requesting 12 months of free software updates for all chip tuners sold in Russia, the set-up of adequate and competent technical support and recall of all equipment which has been reported as unreliable and defective. But in the end all of its end users were left with nothing. As for me, I was somewhat politely told to get lost…
8. There are a multitude of foreign online companies who sell chip tuning equipment. They seem to have absolutely everything! – Byteshooter, CMD, Kess, Optican, Piasini, etc. – yet no sign of New Genius and New Trasdata from Dimsport. Is there a special reason?!
9. They are located in some forsaken waste land in the middle of nowhere (see the photo at the start of the article).
10. Currently, I am taking legal action against Dimsport to make them take back the inferior-quality equipment, namely New Trasdata and New Genius. I have filed a complaint to the Prosecutor’s General office charging them of fraud and my lawyer has submitted a claim for a pre-trial dispute settlement.

P.S. The most terrible and painful for me was to realize that it was my initiative to introduce Dimsport to the Russian market, provide the best reference for them and expand their customer base. In the end I took a beating myself and let down the people who bought Dimsport equipment based on my recommendations. Now I deeply regret this and promise to do all I can to rectify the situation. You know what they say – easy come, easy go!

P.S. Read article up to the end? Send it to forums on a chiptyuning, friends, acquaintances, partners in business, competitors, everything, everything, all! Who has to learn the whole world there is Dimsport, his low-quality equipment and the attitude towards clients.